It’s being played by everyone, and there’s a good possibility you’ve played it as well. You’ve come to the right place if you enjoyed the game play and want to try some additional games that are similar to Clash of Clans in terms of game play but different in terms of style. We bring you a slew of games like Clash of Clans that offer something new and different

However, as with most games, you will grow tired of it. If you’re searching for a Clash of Clans backup but still want to play a game that’s similar to it, you’ve reached the right place. These are all kingdom-building games with an online PvP component. Here are the top games similar to Clash of Clans. You can, of course, continue to download and play Clash of Clans by clicking here.

We’ve listed the top 11 games that are similar to Clash of Clans. Most games allow you to build your own kingdom and defend it from enemies. You can also train your army and seize the throne of a neighboring kingdom. You can quickly access the corresponding game by clicking on the link below.

Boom Beach is yet another mobile kingdom-building game. Your objective here is to construct a base along a beach. Your adversaries must then storm the beach and destroy your defences. Unlike most games, such as Clash of Clans, this one has a fairly lengthy campaign mode.

This adds a new dimension to the game play that most titles in this genre lack. Add in multiplayer and co-op missions, and this game is deeper than most. It’s made by Super cell, so it’s only natural that a good Clash of Clans-style game is made by the same company. 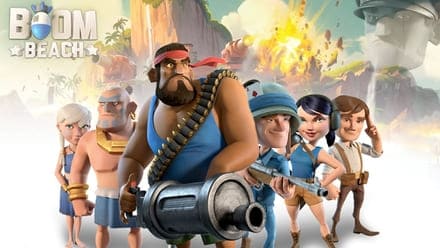 Although the foundations of both games are the same, Boom Beach provides a richer and more complete experience than Clash of Clans. In this game, you can train troops and craft powerful weapons in an advanced world.

Brave Conquest, like Clash of Clans, is a newer kingdom building game. Similar to other types of RTS games, players construct their kingdoms on a grid. You also train your army and fight against real and AI opponents. Like most of the games on this list, players have access to a variety of troops, spells, and heroes.

However, we did hear complaints about the game not working well on lower-spec devices, and the free-to-play aspect irritates some people. Aside from that, it’s a competent kingdom builder. 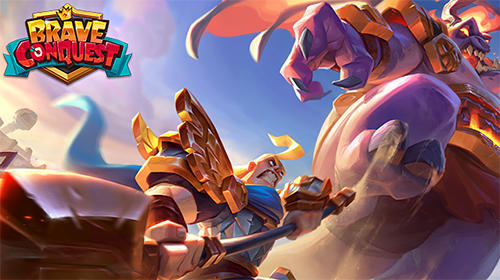 This CoC-style game also has a hint of mystery to it. Explore the lush jungles and the highest peaks in search of lost wonders and rare treasures. You can use these treasures to rise to the position of legendary emperor.

Castle Clash: Heroes of the Empire is a popular game similar to Clash of Clans. It has over 50 million installations. In this game, you will construct a village, defend it, and face off against other players. After all, you can move up your heroes and battle them against all other heroes, and also play co-op with Squad Dungeons and a few other features.

This one stands out from the crowd more than most of its competitors. It, too, is a fermium game, and it’s a great game if you liked Clash of Clans but wanted something more well-rounded. At one point, it was known as Castle Clash: Age of Legends and Castle Clash: Brave Squads. However, we believe they updated the game sufficiently to warrant a name change. 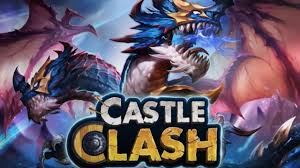 It is entirely up to you whether you train powerful soldiers or summon mythical minions to fight for you. Construct your fortress and use your defences to keep your base safe from enemy attacks. If you’ve been looking for something a little different to play, this is the game for you. It stays within the genre while providing a unique experience.

Clash of Lords is a Clash of Clans clone developed by IGG.com. It performs above average, but not spectacularly. The game includes a variety of heroes and troops that can be paired together for additional buffs.

The game takes place in a magical world where you must construct a military base and train an army. Take enemy resources and use them to improve your defences. You can also engage in online battles and defeat those who stand in your way.

Dawn of Titans, like Clash of Clans, is a newer kingdom-building game. It features much more advanced graphics and game play. You go to war with thousands of troops rather than dozens to get a sense of what it’s like to be in a real war.

A campaign mode, a variety of special events, and, of course, online PvP is all included in the game. This is easily one of the most visually appealing games in the kingdom builder genre. We do, however, appreciate the added nuance to the game play. It worked well in our testing, and it’s still good even though it’s a fermium title. 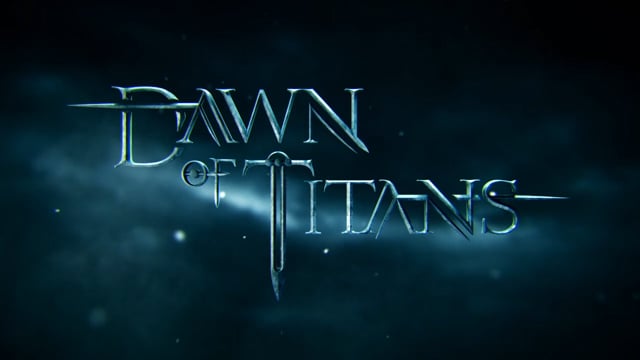 It even has some classic MMO features like teaming up with friends and forming alliances to take down other player-controlled kingdoms. The game is far more detailed than Clash of Clans, which should be enough to convince you to choose it over the latter.

Emporea isn’t the most popular kingdom builder, but it has a lot going for it. You establish a base, train troops, and then attack your opponents. The game allows you to choose one of four races to play, and there are also social elements.

There are also the expected mainstays, such as heroes and other such things. The mechanics aren’t particularly novel, but the game compensates by providing a satisfying overall experience.

Gods of Olympus is an enjoyable kingdom-building game. Because it is set in Greek mythology, many of the names will be familiar to you. Players construct their bases, attack other bases, and collaborate to accomplish a variety of tasks.

The game rewards aggressive play and allows players to do so by having no build times. Everything you create appears instantly. The game is becoming increasingly popular, and it’s actually quite good for a free-to-play game in this genre. Because this is a strategic game, you will have to control the gods’ every move as they go on a rampage to destroy cities and castles. After that, you can construct fortified cities and a powerful empire.Simply put, Gods of Olympus is an amazing game similar to CoC that you should try.

Lords Mobile is a kingdom-building game that resembles Boom Beach more than Clash of Clans. The basic premise, however, remains. You obtain heroes, train an army, and then engage in PvP combat with your opponents. As you level up your heroes, the game introduces a few RPG elements. You can also collect treasure by killing bad guys on the world map. You can form guilds to get help from other players, as you can with the majority of these. The game has a history of connection problems, and the free-to-play elements become annoying after a while. 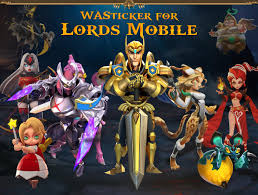 In addition, the game allows players to focus on epic PvE raids, taking down monsters and bosses that appear at irregular intervals on the map. If you’re looking for a Clash of Clans alternative that offers a little bit more to keep you entertained, try Lords Mobile.

Game loft’s Seigefall is a kingdom-building game. This one manages to combine the basic concepts of kingdom-building game play such as Clash of Clans with card-collecting gameplay.. You train troops, level up heroes, and build up your base in the same way that you would in any other game. Your spells, on the other hand, take the form of cards. 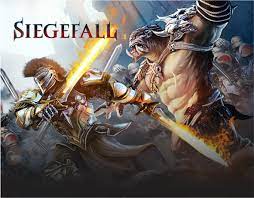 They allow you to heal your troops and summon dragons. You’ll amass them as you play. The graphics are above average, and Game loft has done a good job with this one so far, but it hasn’t been updated in almost a year.

The game also incorporates elements from popular trading card games and provides a variety of cards to aid your army in battle.

Stick War: Legacy is a unique addition to the kingdom building games genre. It is a game in which you build an army and attack opposing armies in order to restore order to the world. 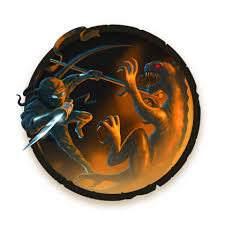 You can command entire armies or individual troops if you prefer, and the game is packed with action. It’s not as in-depth as most of these other titles, but it’s still worth a look. However, it retains the fundamentals, such as resource mining. To be successful, you will need at least some strategy. It’s a little silly, as are all stick figure games, but it’s still a lot of fun.

PvP battles in Rise of Kingdoms are more dynamic and allow players to actively defend their base, whereas PvP battles in Clash of Clans require you to attack another player’s base without encountering much effective resistance during the attack 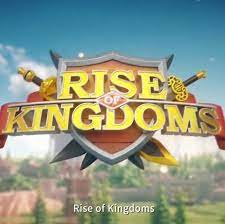 Moreover, the game includes a persistent open world that is shared by both player and non-player characters. Choose from eight distinct civilizations, explore the land, build your kingdom, form alliances, and defeat enemies all in real time.

This list reflects the author’s personal opinions. Because there are so many games to choose from, it is up to the individual to play one or the other based on his or her preferences.

Why Is There A High Demand For Free...

F95ZONE FOR GAMING | FEATURES OF F95ZONE